The Jost Project featuring; Paul Jost Vocals, Tony Miceli Vibes, Paul Dunlea Trombone, Eoin Walsh Bass and John Daly Drums Paul Jost is an eclectic artist who is a singer, musician, arranger and composer. Originally a drummer, over the years his musical talents extended to guitar and harmonica, but it’s his voice that truly makes him a standout. His vocals are so soulful that music critic Buster Maxwell wrote … “he nearly single-handedly reclaims the male voice as a valid and critically important jazz instrument.” Paul has been performing worldwide in recent years and is proud to have a regular date at the famed jazz club in New York, 55 Bar. He was recently commissioned to re-imagine Bruce Springsteen’s “Born to Run” album as jazz and he headlined at the Exit 0 Jazz Festival presenting this music to cheers in the crowds. Reaching new audiences for jazz is the goal of The Jost Project, the band launched by vibraphonist Tony Miceli and bassist Kevin MacConnell, in which Paul is vocalist, harmonicist and arranger. Their CD, Can’t Find My Way Home (Dot Time Records), has gotten raves. In Jazz in Europe, a critic wrote … “The Jost Project is without a doubt one of the most creative bands I have heard for years and vocalist Paul Jost one of the best male jazz vocalists since Mark Murphy.” Paul has been involved in many recordings and his first solo CD was released in 2014 by Dot Time Records. It is appropriately titled Breaking Through because he breaks through traditional boundaries and conventions in each song on the album. His arrangements are being applauded as much as his voice. Peter McLaren in Jazz in Europe wrote Paul is … “is a force to be reckoned with and an artist that deserves to be seen on all great festival stages worldwide”. Paul has written over 40 CD's for various music libraries and his music is heard daily throughout the U.S. He included one of his originals, “Book Faded Brown” on his new CD. It’s a song he is honored to have had recorded by The Band, Rick Danko and Carl Perkins. Vibraphonist Tony Miceli, whose playing has been compared with the legendary Milt Jackson and Gary Burton, grew up in New Jersey, currently resides in Philadelphia, and has been steadily working the jazz scene since 1980. As a group leader, sideman, and recording artist, he has performed with numerous top musicians including David Liebman, Jimmy Bruno, Ken Peplowski, John Swana, Larry McKenna, and many others.Miceli is a sought after master teacher. In addition to workshops in Ireland and Wuppertal Germany and other major european cities, he conducts master classes at the renowned Curtis Institute of Music and gives private instruction in his home studio. He is a member of the Jazz Faculty at University of the Arts and Temple University, and serves as a consultant to various music and arts organizations. Of his playing and musicianship, reviewers have praise: “Miceli's vibes playing is nothing short of phenomenal, as he moves effortlessly from fiery virtuoso runs to gentle, legato improvisations on the ballads.” His CD Hippie Jazz with vocalist Meg Clifton recapitulated the rock music of the 1960s-70s in a jazz format. In a concert called “Mozart Reloaded” at Kimmel Center, he played vibe improvisations behind singer Joanna Pascal’s rendition of a Mozart opera aria. Internationally known on the web, Miceli provides on line instruction, information, and video interactive classes. He is the founder of the website: www.vibesworkshop.com which currently boasts a membership of 3000 vibe players from all over the world where subscribers can get lessons from the masters and avail of a huge library of material . Tony Miceli has been coming to Ireland since 2007 giving workshops and performing around the country 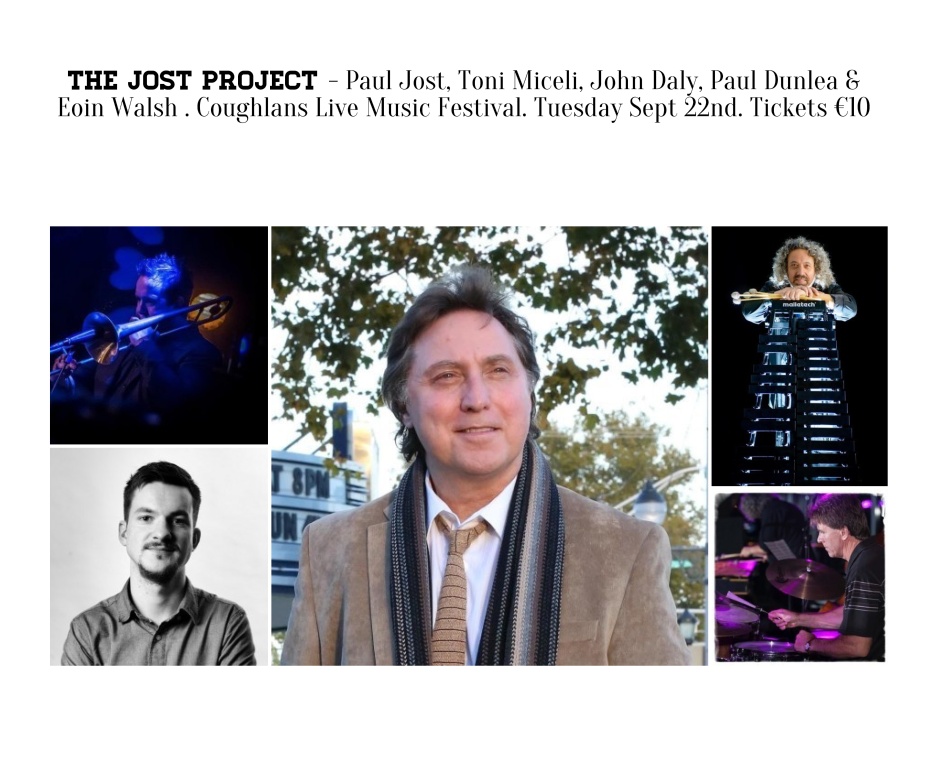