Cormac launched his 5th album (swim crawl walk run ) on May 15th 2020. The first 7 singles including “I’m in need” , 'When my kids grow too old to hold hands' and 'Swim Crawl Walk Run Ride Drive Fly' all were playlisted by Ireland's biggest national station – RTE Radio 1.

The album was Album of the the week on RTE Radio 1, BBC Ulster, Lyric FM, KCRL FM, Play Irish , 8 Radio , Le Village Pop and 8 Radio. It was the 8th biggest selling album of 2020 and reached no.1 in the official IRMA indie charts on the week of its release.

It was recorded with Martin Leahy at the helm. It features 10 songs, multi instrumentalist Martin playing drums, bass, keys, guitar and many many more.

This gig in Coughlans will be the first time Cormac and Martin play there and their first full set, full capacity, full headlining gig in Cork since their sold out show in Triskel Christchurch in 2017. Since then a double header with Sean Miller in the Spailpin and 2 (also sold out) reduced capacity gigs in the Kino were their only Cork gigs of late.

Cormac's intimate vocals, magical melodies and exquisite guitar playing has always attracted very favourable appeal to critics (with Mojo, The Irish Times, HotPress, R2, Americana UK, OndaRock in Italy and many more) always quick to point to his unique style as well as comparisons to acts varying from the dreamy pop of The Go Betweens, Badly Drawn Boy, Elliott Smith and Prefab Sprout to the introspective and more folk-oriented Nick Drake, Leonard Cohen and Paul Simon.

Martin leahy been playing on the Irish music scene for about 20 years. Along with his recent successes as a singer/songwriter he has worked extensively with some of Irelands greatest songwriters and musicians including John Spillane, Christy Moore (on his No.1 selling album ‘Listen’) Ger Wolfe, Jimmy McCarthy, Greenshine, Noel Brazil, Declan Sinnott among many others. An accomplished multi-instrumentalist, he has produced many albums including Cormac O Caoimh's ‘Swim Crawl Walk Run’, Ger Wolfe’s well-received album ‘I Have Been Loved', Leah Sohotra and John Neville.

Buy your tickets early. This is likely to sell out quickly

“One day or another, Cormac O Caoimh will be unanimously considered one of the greatest melodists in the history of pop-music” - Le Village Pop

"if there’s any justice in this mad musical world, those who have not heard of this man will be in the minority very soon" - Golden Plec

“Acoustic Gems from the Cork singer-songwriter. Each song superglues to the memory " **** Mojo Magazine

**** "There are echoes of terrific songwriters here – the likes of Lloyd Cole, Paul Simon, Eels’ Mark E Everett, and Prefab Sprout’s Paddy McAloon filter through – but O Caoimh’s personalized worldview makes the material his own" - The Irish Times

“Nice mix of chamber-pop, jazz, folk, bossa and indie-pop. The exuberance of his songs is far from the melancholy of many country-folk authors; His style is much closer to the elegance of Paddy McAloon or Paul Simon's lyric polychrome that seem to come out of a dream where the Belle And Sebastian meet Prefab Sprout” - Ondarock

“Not quite sure why this wizard of an Irish songwriter doesn't get talked about more.If you like your Go Betweens/Prefab Sprout,this is for you” – Willie Meighan – RollerCoaster Records

Seán a.k.a Doctor Millar began his career in the 1990's as lead singer and main songwriter in The Cute Hoors - a fast, thrashy and literate London based rock and roll band, with whom he toured Ireland, Britain and mainland Europe. Releasing top twenty records and getting great reviews.

In 1995 Sean was nominated solo performer of the year at the Heineken hotpress awards (along with Van Morrison, Paul Brady and Gavin Friday ).

His first Solo album “The Bitter lie” was voted one of the Best Irish Albums of all time by both Today FM and The Sunday Tribune.

His second album “The Deal” “was one of the Sunday Times top five albums of the year . It has since been included in Tony Clayton Lea's defining “101 Irish albums you must hear before you die”

His third album “Always coming home”, prompted The Irish Times, in its five star review, to proclaim him “An Irish national treasure”.

His fourth album "of the people" - his first in six years - had critics calling him "Irelands greatest lyricist".

He has toured in Ireland, England, France, Switzerland, Italy, Norway and Denmark and in the United States and Canada and been the subject of major media features in all the main Irish publications.

He has performed on countless TV and radio shows both in Ireland and abroad. 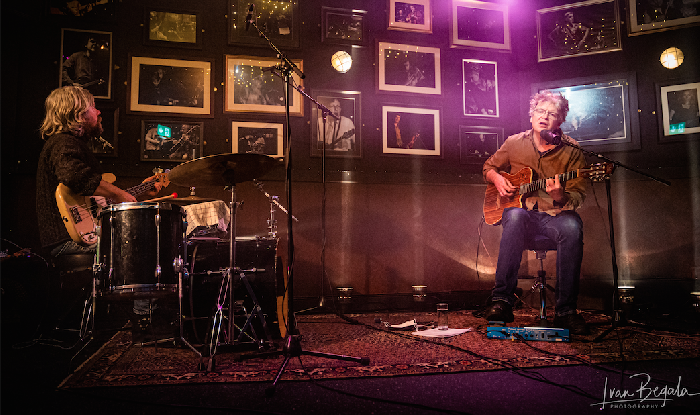