Padraig Jack writes and sings meaningful songs on guitar and piano in Gaelic and English. His debut album ‘Making Sand’ was released in September 2020 being named the RTE Radio Album of the Week and receiving positive comments from artists like Miles Hunt of The Wonder Stuff and Mike Scott of The Waterboys.

Padraig has won second prize at the Pan Celtic Song contest and his song ‘Minnie’ was shortlisted for the final of the Christie Hennessy song award. He has also received numerous Gradaim NÓS Award nominations (incl. Song and Artist of the year).

Having played numerous headline shows and toured Ireland and the UK extensively with Sharon Shannon prior to lockdown, the pandemic caused him to postpone shows including his Galway, Dublin and London album launch shows, an appearance at the world famous World Music Festival WOMAD as well as an Irish tour with Damien Dempsey and solo tours in the UK and Germany.

Padraig performed a half hour programme for the St Patrick’s Day Festival in March 2021 live from Inis Mór which was broadcast on SPF and Oireachtas TV and he has been writing and recording new material. He released a version of the sean-nós song Amhrán Mhuínse in the autumn and releases the title track of his album Making Sand in spring 2022.

Padraig has come back to playing live music in September 2021 with a tour in the Welsh speaking region of Wales as well as playing a set at the famous Cavern Club in Liverpool on the same night as Ian Prowse and Brian Nash from Frankie Goes To Hollywood. He continued his autumn touring schedule with a full house in a headline show in Castlebar at the Wild Atlantic Words Festival before making his debut performance in the iconic Vicar Street theatre in Dublin opening the the show for Damien Dempsey.

2022 started with Padraig writing and recording with Irish music legends Foster and Allen and he performed with the duo in Dublin's Pepper Canister church in March 2022. He also joined Damien Dempsey for a sold-out Irish tour including in the Iveagh Gardens in front of 4000 people. He had a hit record with his song 'Making Sand' in summer 2022 as it was Number One in the RTE Airplay Chart for 4 weeks in a row leading to appearances on The Miriam O Callaghan Show, The Ray Darcy Show and even prompting a tweet from The Waterboys' Mike Scott. Padraig started a residency show 'Making Sand the Show' on Inis Mór in July 2022 which is running for two months.

"Magic, there's a deeply romantic core to Making Sand but Padraig Jack is too talented to ever veer into saccharine territory, authenticity is his hallmark" - The Alternate Root Magazine (USA)

An assured and accomplished foundation on which to build a burgeoning career" Mike Davies (Folking.com)

Picking up where Mic Christopher left off" - TheMacMusic.com

"One of Ireland's most exciting artists" - Hot Press Magazine 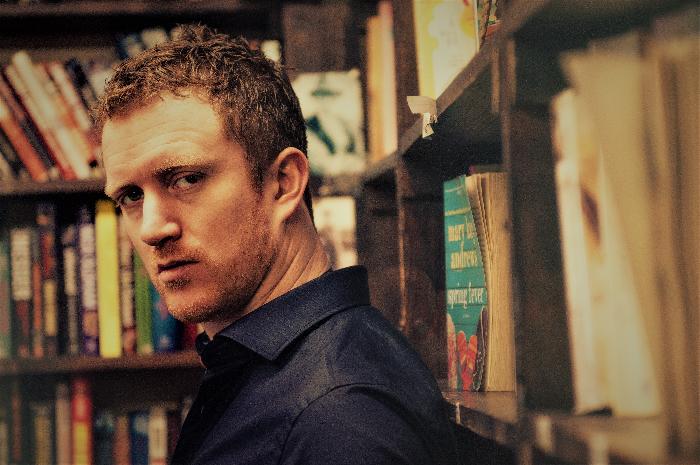