Comics Kevin Larney and Jason Brennan will be retelling a bizarre story from Cork's past for the live version of their hit show, Shite Talk: An Irish History Podcast. Joining them on the night is local comic Roger O'Sullivan. Roger was recently a regional finalist of the BBC New Comedy Awards, his work has been featured on BBC One, BBC Three, RTE, TV3 and BBC Radio 4 and he is one half of the upcoming "Unexplained Legends" podcast. 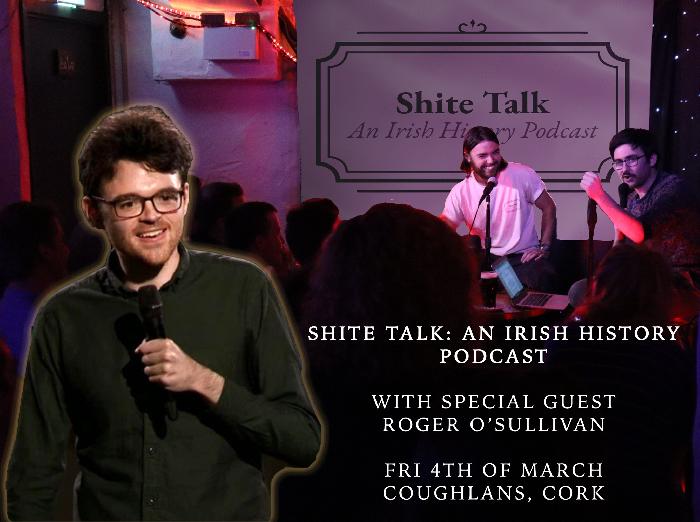