Comedy Cavern at Coughlans. Every Tuesday. Stand-up Richie Sheehy is bringing his fantastic Edinburgh show 'People Are Strange' to the Comedy Cavern. With special guests to be announced. https://www.facebook.com/ComedyCavernCork/ Richy Sheehy is a cool person and if you’re at least mildly attractive he would consider you as a potential object of lust. His unique blend of outrageous songs and stand-up comedy have garnered him a record breaking 12 ‘Richy’ Awards and 13 days in a minimum security prison. Born in County Cork, the greatest place in Ireland and the world, Richy moved to Amsterdam as he had never lived in a 3 syllable city apart from Vancouver and likes to smoke weed without any unpermitted interference with his bodily cavities. He likes to spend his time split between his two favourite activities of enacting vengeance and writing about himself. &#8203; Having recently performed in Tokyo, Richy can say he has performed in 2 continents including Asia. He has has 2 full runs at the Edinburgh Fringe Festival (Rich and Morty 2017, People Are Strange 2016) as well as being part of the Stands 'Best Of Irish' show at the 2015 Festival, he has previously supported ‘Mr. Nice’ Howard Marks on his Irish tour and supported half of Cork’s drugee population which earned him a Silver Medal for ‘Kindest Dealer’ at the 2012 E-Olympics. &#8203; &#8203; 'An energy that will last forever' Howard Marks 'goes for all the offense, South Park style... Self aware, well pitched, energetic ' . - the Stand Edinburgh 'very funny' - Al Lubel So funny, he can’t even be offensive, even though the concept of censorship undoubtedly has not come near any line of his act. Most original, first class comedy.' . - Limerick Fringe 'hear him sing and he can make you laugh, and cry,, and hold you in his troubadours grip ' - Marc Emery 'great comedian' - the Stand Newcastle It's free in and you can pay what you think the night is worth at the end. Doors are at 8:30 and the show starts at 9. 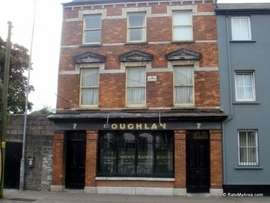