Diane O’Connor is breastfeeding but she won’t let that keep her indoors! ‘Breastfeeding Alfresco (and other adventures)’ is a stand-up show about the humorous side of breastfeeding, boobs and babies.

From awkward experiences feeding alfresco to top tips like how to deal with a scone, while pondering are boobs really scary after all? Diane's anecdotes are honest, funny and will leave you wanting more. Join her for this fun and informative stand-up comedy show inspired by breastfeeding, motherhood and related adventures!

Diane O'Connor is a Stand-Up Comedian and Improviser from Dublin. She began performing age 7 in front of the TV much to the annoyance of her family. She is now a regular on the Dublin Comedy scene both solo and with Improv troupes "The Splendid Lunatics" and "Auto-Correbt".

She has also performed all around Ireland, London and Edinburgh while her second solo show "Breastfeeding Alfresco" recently Sold Out at the Bray Comedy Festival following which played her biggest gig to date in Axis Ballymun. Her family now watch TV in peace. 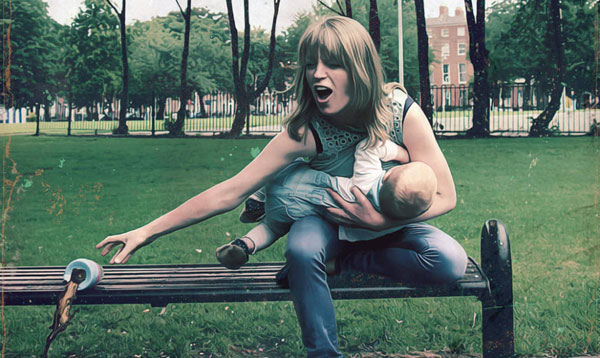