Danny is an award winning comedian from Limerick. He is a hit in Ireland's top comedy clubs with his offbeat storytelling and sharp one-liners. The winner of the national Show Me the Funny competition and runner up at last year's Irish Comedian of the Year, he has also performed at Electric Picnic, Vodafone Comedy Carnival, Longitude and brought his solo shows to the Edinburgh Fringe Festival. 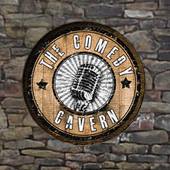