A Cork special at Comedy Cavern.

The Comedy Cavern is delighted to bring you the best of Cork comedy!

The MC for the night is Chris Kent, who has firmly established himself as one of Ireland's best comics, having just completed a tour including Vicar Street and two nights at the Everyman.

Headlining on the night is Denis Len, a finalist in the prestigious UK comedy competition "So You Think You're Funny" and a winner of the even more prestigious Comedy Cavern Comedian of the Year Competition. Denis Len's quick wit and unpredictable energy shines an unconventional light on everyday life, turning the mundane into surreal belly laughs for the audience.

Opening the show is another Comedy Cavern legend, Roger O'Sullivan. Roger has performed on BBC1 as a regional finalist of the BBC New Comedy Awards 2021. Roger's work has also been featured on BBC One, BBC Three, RTE,and BBC Radio 4. His mixture of one-liners and surreal stories have drawn comparisons to Dylan Moran and Mitch Hedberg.

The rest of the night will be packed with Comedy Cavern regulars, including Thomas Lawrence (MC of the always brilliant Comedy Cavern Open Mic night, has supported Joanne McNally and David McSavage), Carrie Sully (host of Cork's newest Comedy night, Giving Lip) and Lesly Martinez (Cork's best Venezuelan comedian) and Christopher O'Leary (regular host of the Comedy Cavern and runner up in the 2020 Cherry Comedy Competition). 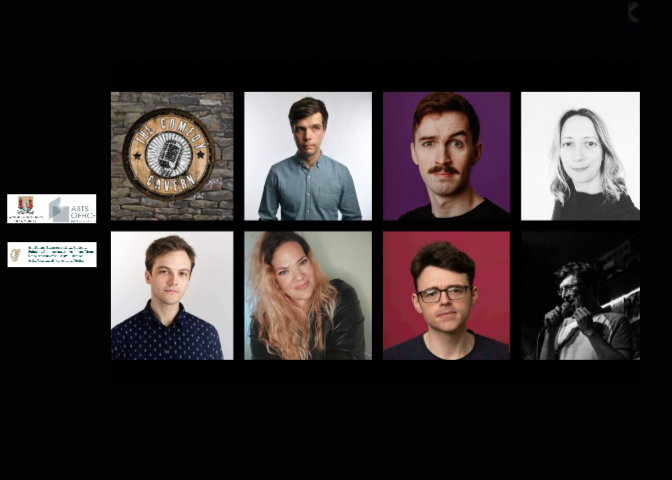