Colin Deady- Things I Love The Most -Single Launch

Singer Songwriter & multi instrumentalist Colin Deady is due to release his Debut Album 'Out Of The Blue' Jan 2015. The album is a collection of 13 songs, an emotional & nostalgic album that defies an easy pigeonhole. Showcasing his ability as a songwriter with beautifully crafted ballads like “Chapel Street” to soulful & bluesy songs like “Things I love The Most” all blending skillfully into a seamless flow ‘The songs are all about the vocals & lyrics’ says Colin and this is where he hopes the record shines, featuring four part harmonies in many of the songs. ‘I love the human warmth that vocal harmonies can bring to a song, that sense of togetherness, there’s nothing like it’ Lyrically the songs address themes relevant to the human condition…love, hope, mortality, time & human resilience. Colin says ‘there comes a time when we’ve all got to make our way across that wild river. Whether you’re lucky enough to saddle a horse or just wade in the deep doesn’t matter. All that counts in the end is that you get across relatively unscathed’. Growing up in a 3 bedroom council house with seven siblings, one record player and two records meant only one thing. If you wanted to listen to that record you had to fight for it! Leaving school at the age of 15 Colin began to teach himself how to play guitar. ‘We had very little money and I remember a dark morning in a wet & cold December in 1995 being given a few quid to get the bus from my home town Skibbereen to Cork to buy some desperately needed clothes! Anyway, long story shortened, I came home that evening dressed in the same rags and a brand new guitar! It cost £40 back then and was horrendous to play but I didn’t know any better at the time nor did I care, and anyway it looked nice J I spent that golden age in my bedroom listening to records & figuring out everything by ear’. It wasn’t until 2004 that Colin began to write his own songs…’I was a late bloomer! I had not written much to date and up until then I held the belief that I couldn’t sing either. I grew up listening to other people sing including my older brother and had quietly assumed the role of mute guitarist! In the summer of 2004, I had a creative explosion out of nowhere hence the album title Out Of The Blue (that & the fact that I was born blue ) I began writing my own songs many of which feature on this album. It was like a light bulb switched on. The fermenting process of an unconventional childhood & a host of life’s challenges somehow transformed into something meaningful & poured out on to the page. I never thought too much about the process at the time as I was so excited about what I was creating and just went with the flow. My uncle Trevor was a great ally then, always enthusiastic about hearing the next song, while giving constructive & positive feedback. If I didn’t have that support I might not have continued’ Colin went on to release an EP in 2006 entitled ‘Making Tracks’ ‘I was so green then. I thought all I had to do was record these three songs and just sit back & let everything else fall into place! Colin went on to gig regularly and master his craft, playing support to twice winner of the Meteor award in the Best Folk/Trad category, Cork’s own John Spillane. In fact Spillane himself has recently heaped huge praise on the 34 year-old, stating that Colin has a “lovely touch on the guitar” and is “already a very accomplished professional musician”. In 2010 he came second in one of the most recognised song-writing competitions in the country, the Sean McCarthy Ballad Competition. In 2012 Colin released his debut single ‘Season’s Tide’ which was shortlisted for the Christie Hennessy Songwriting Competition sponsored by IMRO in Tralee. Since then he has been working on recording his debut album which is now finalised and ready for release. Colin kicks off 2015 with an Irish Tour to promote his new album. The Cork launch will be held in Coughlans on Friday 30th Jan where he will be joined by some of Cork’s finest musicians. This promises to be a very special night indeady! 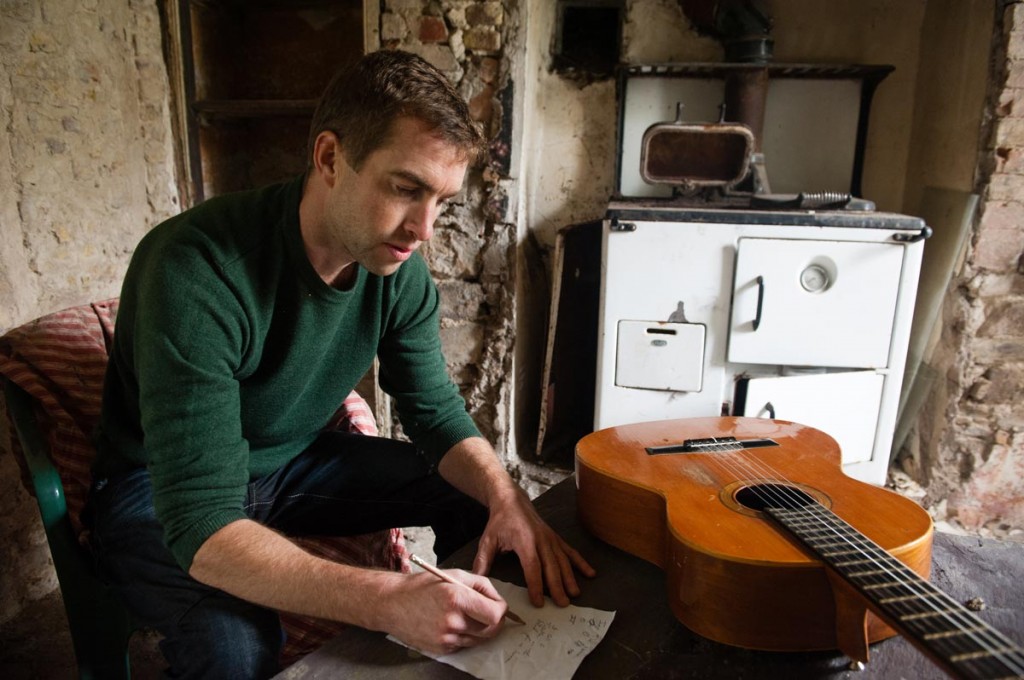