Code of Behaviour are an Irish brass band who blend pop, jazz and overall madness, striving to make each moment a party.

Code of Behaviour are an Irish brass band based in Cork City. Their style is a blend of pop, jazz and overall madness, striving to make each moment a party. The set consists of their own arrangements of modern covers, traditional New Orleans standards, and original tunes.

Set up in September 2017, Code of Behaviour made their debut busking?on the streets during the Cork Jazz Festival. Although known for “livening up the streets of Cork”, the band have also played at festivals, including Electric Picnic, as well as weddings, college balls, charity events and other gigs.

Dr Sous, the band’s debut live sessions EP, was recorded in 2020 in the midst of the pandemic and released in February 2021. It includes both original tunes and pop covers, and was recorded with the band socially distancing from each other in a large hall. The EP was released in the hope that it would bring some much-needed smiles to faces during those tough times.

Since the release of Dr Sous, the band have made an emphatic return to live performances, at Kilkenny Day, Cork Jazz Festival, Magic Nights at the Lee, and most recently at St. Patrick's Festival in Dublin and Kilkenny, as well as their usual busks around the country.

The band is made up of trumpets, trombones, mellophone, saxophone, sousaphone and drums, with occasional singing (and dancing) thrown in the mix. “An exceptionally talented group of young lads” that you won’t want to miss! 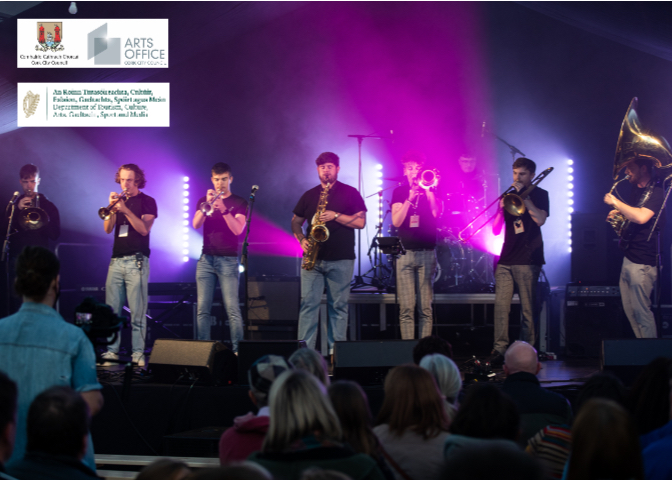