Album of the Week- Irish Times

Album of the Week- Sunday Times

Lisa Hannigan has announced details of her Irish tour in support of her #1 selling album ‘At Swim’ out now via Play it Again Sam. The tour sees Lisa play Galway, Wexford, Derry, Dublin, Cork, Limerick, Drogheda, Belfast, Kilkenny and Waterford this December. Tickets for all dates go on sale at 9am on Thursday 15th December. Full tour details below.

After playing in support of ‘Passenger’ for nearly two years, Lisa Hannigan struggled at first to write new material for ‘At Swim’. A new relationship meant that she was dividing her time between Dublin and London: adrift and lost, she threw herself into distraction instead. There was an acting debut as a mermaid in the Oscar-nominated animation ‘Song of the Sea’, soundtrack work on ‘Fargo’ and the Oscar-winning score for ‘Gravity’, all the while founding and co-hosting the acclaimed ‘Soundings’ podcast (which saw Lisa turn interviewer, and speak to guests such as Harry Shearer, Sharon Horgan and David Arnold).

The breakthrough came when Hannigan got an email out of the blue from Aaron Dessner, guitarist with The National and producer for the likes of Sharon Van Etten and Local Natives. Taking up Dessner’s suggestion to work together and rediscovering the collaborative spirit she'd missed in Dublin enabled Lisa to see her time in London in a different light. So while ‘At Swim’ is in part about homesickness and isolation, it's also – profoundly and very movingly – about love.

Tickets €25 +bf on sale next Thursday September 15th at 9am 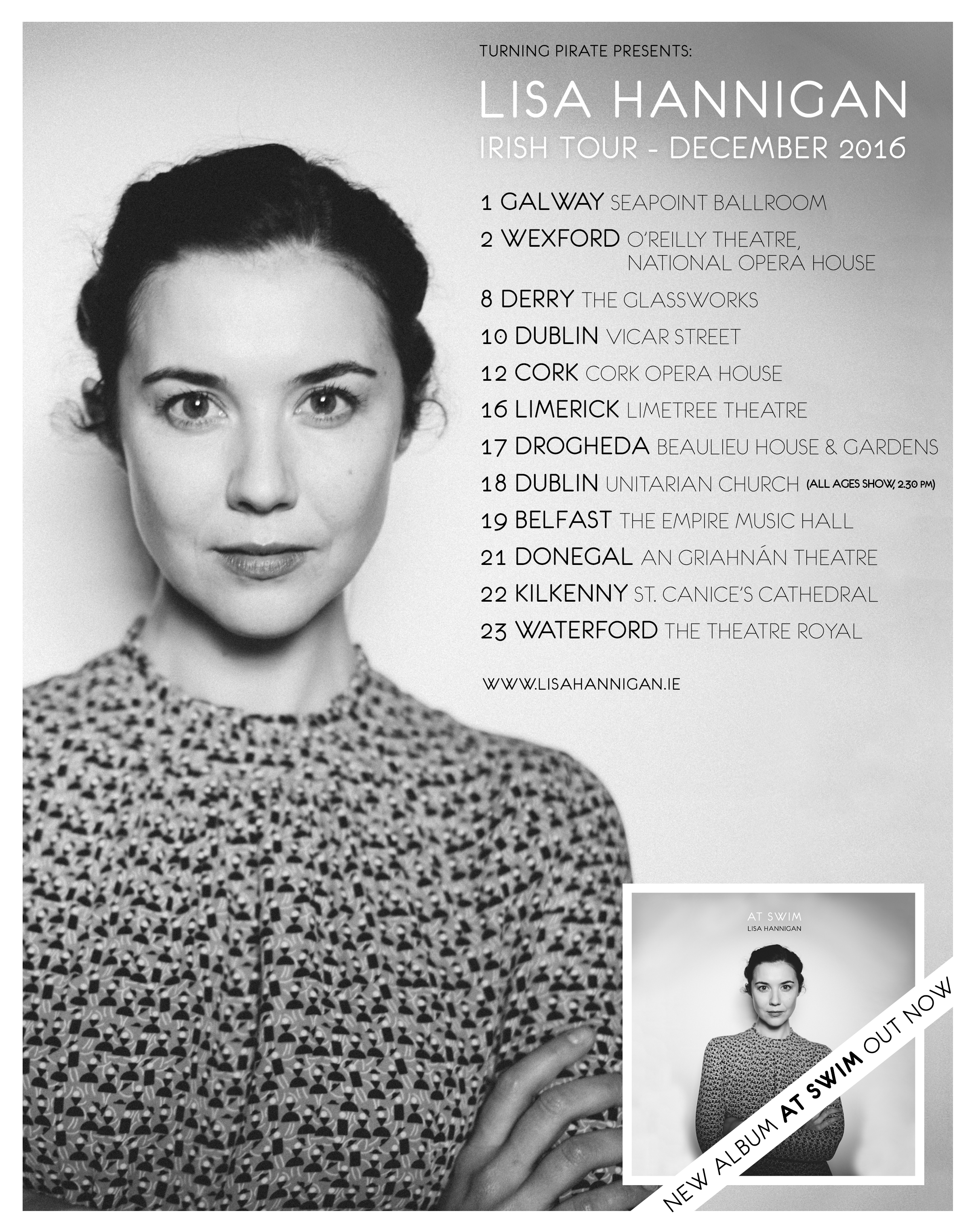