In the summer of 1979 Sonny Condell was sharing a flat in Dún Laoghaire, Co. Dublin with Greg Boland who had played guitar on the recording of Camouflage, Sonny’s debut solo album on the Mulligan label. They were joined around this time by singer and harmonica player, Philip King who, having decided to quit teaching for a career in music, and had also become their flat mate. Boland had just left Irish band 'Stagalee' and they began doing some informal gigs together. King had also approached Mulligan with the aim of securing a solo album deal but, as the trio's performances were being well received, the idea of combining the approach to Mulligan as a group became an attractive alternative. All that was needed was a collective name. Taking the story back three years to 1976 would find Condell and King playing together with Freddie White (Vocals / Guitar), Mick 'Black Dog' Daly (Vocals / Guitar), Dan Fitzgerald (Drums) and Eamon Doyle (Bass). This band was a fun relief for the members, all of whom were involved in other group and solo projects. King came up with the name 'Scullion' (meaning, a kitchen servant) for this collective and it was decided to use this name for the trio (Sonny Condell, Greg Boland and Philip King) that evolved from these sessions.

A record deal was agreed and in late 1979 the band went into Windmill Lane Studios, Dublin, to record with Irish producer PJ Curtis. At Curtis' suggestion, Jimmy O'Brien Moran (Pipes) was brought in to add a Celtic flavor to the sound and the band was expanded to four. The debut 'Scullion' album was released in early 1980 and generated an increased demand for live performances. There followed a busy period of live performances including an appearance at the 'Lisdoonvarna Festival' in Co. Clare, Ireland which was to expand the audience base to national level. The band also spent a couple of months in Holland during which time they played some support concerts to John Martyn, who they subsequently approached to produce their second album 'Balance and Control' (1981) on the newly established Warner Bros. (Ireland) label. O'Brien Moran decided to pursue formal music studies at this point and the band reverted to a trio. The band toured extensively up to the Autumn of 1982. Then early in 1983 they were approached by Nicky Ryan, who had just finished as sound engineer and manager of Clannad. Ryan produced the third Scullion album, 'White Side of Night'.

In spring of 1985 the trio was approached to record and tour again. The result was 'Spin', their fourth album. The single 'Carol' was to receive very good airplay in Ireland over the next nine months, culminating in a performance at Self Aid on 17 May 1986. Shortly afterwards, Boland decided to explore new avenues and left the band after nearly seven years. He was replaced by Robbie Overson who is still the third member over 25 years later. In 1988, this lineup recorded the 'Cooler At The Edge' EP which was produced by Donal Lunny. Two compilation albums 'Eyelids Into Snow - A Collection' and 'Ghosts and Heroes' have been released subsequently with both including live tracks.

Through all the years of the band’s existence there have been times of hiatus, where the members have followed different interests, Philip with his Film and radio work, “Bringing it all back home, ” “Other voices,” for TV and “the South wind Blows” his much loved series on RTE Radio One, and countless musical documentaries films.

Robbie has over the years been working with singers, Karen Casey, and Eimear Quinn, and Piper Eoin Duignan. He released a solo CD titled “Overdue” in 2004.

Sonny has been doing solo gigs around Ireland, including a long residency with Robbie in Annesley House in Fairview Dublin. A collection of his songs recorded with the band Radar, under the same name, was released in 2005. He has been busy with a new collection of work due to see the daylight in 2013, under the working title “Swallows and Farms”

In mid-2012, Scullion started work on a new collection of songs with recording engineer Ruairí O’Flaherty in his studio in Killarney, Co. Kerry. Ruairí had worked on the “Other Voices” series, and also on sound production for some of the band’s live shows. 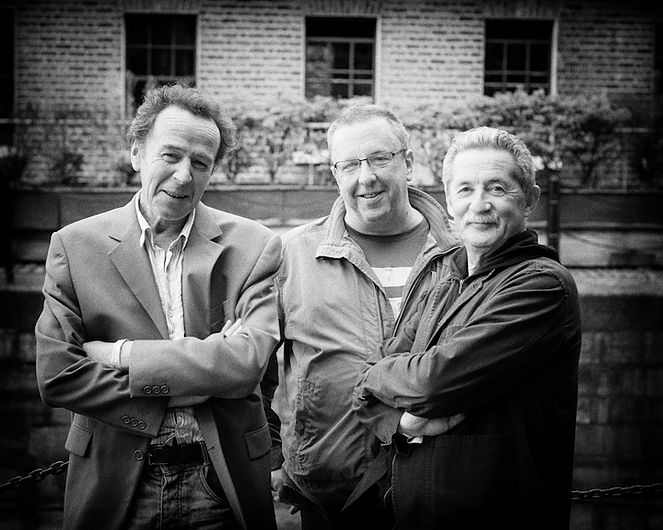