Tickets on sale this Friday at 9am Chuck Prophet shapes his restless career with inimitable subtle flair: a vivid parade of razor-edged one-liners camouflaged in a slack-jawed drawl, songs about heartbreak and everyman heroism, drenched in twisted lines of rude Telecaster. When the early stages of a financial melt-down coincided with a rare San Francisco heat wave in the summer of 2008, with the window open wide and Dwight Twilley, Iggy, Thin Lizzy and the Knack blaring out the hi-fi, Prophet wrote a collection of political songs for non-political people. Later, in April 2009, he journeyed to Mexico City, where, in the clutches of a Swine Flu panic and earthquakes, he recorded ¡Let Freedom Ring!, his most incendiary record, every bit as urgent as the title demands. His search for a new perspective paid off, much like at eighteen when he left his native Whittier, CA for San Francisco, which he still calls home, and before too long joined Green on Red, a gang of interloping Arizonans with no small impact on L.A.'s Paisley Underground. During an eight-year run with Green on Red, he cut his first major label session with legendary Memphis producer Jim Dickinson, burned through a couple of big record deals, and ventured a debut solo effort, Brother Aldo (1990). These were the first steps in the career that shaped Prophet into a prolific rock 'n' roll classicist. But now, he has created his career high-water mark. ¡Let Freedom Ring! wanders into the fractured, surreal state of the American Dream and emerges with the most vital document of Prophet's vision, a reflection of life and love for troubled times. To untangle topics so knotted, Prophet uses only the most essential language: little else but whip-smart one-liners, a guitar in each channel and a backbeat. There are glimpses in the rear-view mirror of American rock 'n' roll – names like Eddie Cochran and an instinct for lean guitar tunes – but the meat's fresh. There's everything from the capitalist hustle and the immigrant struggle to the impulse to forget it all with a lusty Saturday night. For his journey south of the border, Prophet put together a band with guitarist Tom Ayres, bassist Rusty Miller and drummer Ernest "Boom" Carter (who supplied Springsteen the beat for "Born To Run"). Over an eight-day session, his ninth solo studio record was born among the gnarled chaos of Mexico City. Outside the doors were warring drug cartels, a crippling recession and the panic of Swine Flu that sent a city of 25 million cowering behind surgical masks. Inside, producer Greg Leisz (Wilco, Beck, Emmylou Harris) used Eisenhower-era gear and did little else but roll tape. It was Mexico City. It was panicked and paranoid. It was chaotic, beautiful, and hopeful. To gain a fresh perspective on his homeland from high on a flat foreign hill, it was perfect. Opening with "Sonny Liston's Blues," Prophet gives voice to a man with a heart recognized by few, who many thought a monster, equal parts myth and reality – much like the American Dream. The shuffling gait of "Barely Exist" glances at that dream through the lens of immigration: a father's dog-eared photograph of a kid left behind in a world of "asbestos in your Kool-Aid for breakfast." Prophet's own country, run by Georgetown barflies that rage through "American Man" and the wild markets under the Stonesy strut of "¡Let Freedom Ring!," is a place where solace can only be found in grabbing the nearest body and plunging headlong onto the dance floor, or waking late with the windows open. Eleven songs later, Prophet's Freedom stares into the incalculable divide of America's haves and have-nots and offers neither answers nor condolences; the grit and glory of his country – like the devils he wrestles – are all in the details. When you dig the details that have shaped Prophet's career, ¡Let Freedom Ring! is merely the latest highlight in career of many. He has written with a wide rage of artists from Dan Penn to Alejandro Escovedo (the 2008 LP, Real Animal), laid down tracks on sessions for everyone from Warren Zevon to Kelly Willis and taken the stage with Jim Dickinson, Lucinda Williams and Aimee Mann, to name a few. Prophet's production credits include Willis' Translated From Love (2007) and working on Jace Everett's ("Bad Things" / True Blood) new release Red Revelations. He's heard his own tunes performed by legends like Solomon Burke and Heart and his songs have charted on both country ("I'm Gone," a co-write with Kim Richey, on the debut album of country starlet Cyndi Thompson) and AAA radio ("Summertime Thing," from 2002's No Other Love, was a lazy radio anthem). National television appearances include Austin City Limits in support of No Other Love, as well as Letterman and Carson Daly, supporting 2007's Soap & Water. His music has increasingly been featured in film and television, most recently as the closing track to episode two of True Blood. 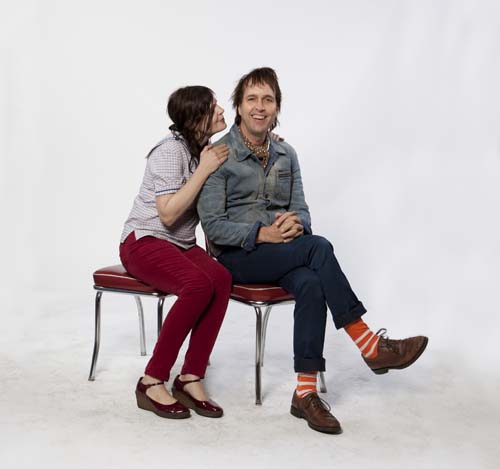