A profound songwriter, Chris Smither draws deeply from the blues, American folk music, modern poets, and philosophers. Reviewers continue to praise his dazzling guitar work, gravelly voice and songwriting. “Smither is an American original – a product of the musical melting pot and one of the absolute best singer-songwriters in the world.”—Associated Press.

Born in Miami, during World War II, Chris Smither grew up in New Orleans where he first started playing music as a child. The son of a Tulane University professor, he was taught the rudiments of instrumentation by his uncle on his mother’s ukulele. “Uncle Howard,” Smither says, “showed me that if you knew three chords, you could play a lot of the songs you heard on the radio. And if you knew four chords, you could pretty much rule the world.” With that bit of knowledge under his belt, he was hooked. “I’d loved acoustic music – specifically the blues – ever since I first heard Lightnin’ Hopkins’ Blues In My Bottle album. I couldn’t believe the sound Hopkins got. At first I thought it was two guys playing guitar. My style, to a degree, came out of trying to imitate that sound I heard.”

In his early twenties, Smither turned his back on his anthropology studies and headed to Boston at the urging of legendary folk singer Eric von Schmidt. It was the mid-’60s and acoustic music thrived in the streets and coffeehouses there. Smither forged lifelong friendships with many musicians, including Bonnie Raitt who went on to record his songs, “Love You Like A Man” and “I Feel the Same. (Their friendship has endured with Bonnie guest-appearing on Smither’s record Train Home. Over the years she has invited Chris to join her as support on concert dates, and most recently, lent her take on Chris’ “Love You Like A Man” for LINK OF CHAIN, a Chris Smither tribute CD.) What quickly evolved from his New Orleans and Cambridge musical experiences is his enduring, singular guitar sound – a beat-driven finger-picking, strongly influenced by the playing of Mississippi John Hurt and Lightnin’ Hopkins, layered over the ever-present backbeat of his rhythmic, tapping feet (always mic’d in performance).

Smither’s first albums, I’m A Stranger, Too! (1971) and Don’t It Drag On (1972) were released on Poppy Records, home of kindred spirit Townes Van Zandt. By the time Smither recorded his third album, Honeysuckle Dog with Lowell George and Dr. John helping out, United Artists had absorbed Poppy and ultimately dropped much of their roster, including Smither. Smither made his next record in 1985, when the spare It Ain’t Easy on Adelphi Records marked his return to the studio.

By the early ’90s, Smither’s steady nationwide touring and regular release of consistently acclaimed albums cemented his reputation as one of the finest acoustic musicians in the country. His 1991 album, Another Way to Find You, was recorded live in front of an in-studio audience with no overdubs or second takes. This would be the first of two albums with Flying Fish Records. His next recording, Happier Blue, was embraced by Triple A radio and received the NAIRD (now AFIM) award as Best Folk Recording of 1993. Up On The Lowdown (1995) marked the first of a trio of albums to be recorded with producer Stephen Bruton at The Hit Shack in Austin and his first of five albums with roots label HighTone Records. Up On the Lowdown rode the crest of the newly formed Americana radio format wave and sparked considerable interest abroad. A tour of Australia with Dave Alvin and extensive solo touring in Europe led to an expanding global interest in Smither. His song, “I Am The Ride,” from this album inspired the independent film, The Ride, for which Smither also composed the original score.

In early 1997 Smither released Small Revelations. It climbed the Americana and Triple A radio charts and led to concert dates with B.B. King, Bonnie Raitt, Nanci Griffith, and the hugely successful, original Monsters of Folk’ tour with Ramblin’ Jack Elliott, Dave Alvin and Tom Russell. Small Revelations also generated several film projects for Smither. Emmylou Harris recorded his song, “Slow Surprise,” for the The Horse Whisperer soundtrack on MCA. And his recording of “Hold On” was used in the indie feature film Love From Ground Zero. Smither also shared insight into his guitar style and technique on two instructional DVDs, available from Homespun Video.

His CD, Drive You Home Again (1999), garnered four-stars from Rolling Stone. And with it, Smither continued to tour world-wide. Shortly after, in 2000, Smither released his one-man-tour-de-force, Live As I’ll Ever Be. Recorded in-concert at various clubs and concert halls in California, Dublin, Galway, Boston, and Washington DC, it has proven to be a fan favorite, capturing Smither at what he loves to do: performing in front of an audience.

Train Home (2003) was Smither’s last record for HighTone and his first with producer David Goodrich. Over a six-week period, basic tracks for Train Home were recorded in the relaxed environment of Smither’s home near Boston. Working with new session musicians, the record is simultaneously sparse and assured. Lifelong friend and special guest, Bonnie Raitt, provided backing vocals and slide guitar on Smither’s cover of Bob Dylan’s “Desolation Row.”

In 2005, jazz great Diana Krall covered “Love Me Like A Man,” introducing what is now a blues standard to a whole world of jazz fans. Shortly after, Smither’s song “Slow Surprise” was included in the independent film, Brother’s Shadow. In addition, Smither narrated a two-CD audio book recording of “Will Rogers’ Greatest Hits.” Continuing to expand his creative horizon, Smither was invited to contribute an essay to Sixty Things to Do When You Turn Sixty, a 2006 collection of essays by American luminaries on reaching that milestone. In 2009, Melville House published Amplified, a book featuring 16 short stories by notable American performing songwriters. Smither’s story Leroy Purcell about a touring musician’s encounter with a Texas State Patrolman leads off the

With the release of his 12th recording Leave The Light On (2006) on his own imprint, Mighty Albert, Smither began a new label relationship with the renowned acoustic and modern folk label, Signature Sounds. For the recording, Smither reunited with producer David Goodrich and session musicians Mike Piehl, Lou Ulrich and Anita Suhanin. As an added treat, Smither invited good friend and Grammy Award-winning multi-instrumentalist, Tim O’Brien, along with rising American roots stars, Ollabelle, to add their distinctive talents on several tracks. The song “Seems So Real” from the CD earned a Folk Alliance Award as “Song of the Year.” Smither followed this with Time Stands Still (2009), his most stripped down recording in some time, working with just two accompanists after the same trio had played a rare band performance – a non-solo setup required in order to play a Netherlands festival.

About the recording Smither says, “We’re the only three guys on this record, and most of the songs only have three parts going on. We had a freewheeling feeling at that festival gig, and we managed to make a lot of that same feeling happen in this record.” And always wanting to treat his fans well, in 2011 Smither put out two fan projects: a collection of live tracks from newly discovered concert recordings from the 1980s-1990s titled Lost and Found and the rollicking EP, What I Learned in School, on which Smither covered six classic rock and roll songs.

Smither followed these fan-projects with Hundred Dollar Valentine (2012), a ««««« (MOJO) studio record of all Smither-penned songs. With longtime producer David “Goody” Goodrich at the helm, this collection sported the unmistakable sound Smither has made his trademark: fingerpicked acoustic guitar and evocative sonic textures meshed with spare, brilliant songs, delivered in a bone-wise, hard-won voice.

The most recent recording project is Still On the Levee (2014) – a double-CD retrospective. Recorded in New Orleans at the Music Shed, this career-spanning project features fresh new takes on 24 iconic songs from his vast career – including Devil Got Your Man, the first song he penned, on up to several of his most recent originals.

Coming out at the same time as Still On the Levee, the book Chris Smither Lyrics 1966-2012 features his complete set of lyrics complemented by select images of Chris and performance memorabilia from his decades-long career. To commemorate his career to-date, Signature Sounds is releasing an all-star tribute record including a stellar list of artists offering their takes on some Smither favorites including Josh Ritter, Bonnie Raitt, Loudon Wainwright III, Dave Alvin, Peter Case, Tim O’Brien, Patty Larkin, and many others.

Honing a synthesis of folk and blues for 50 years, Chris Smither is truly an American original. As Acoustic Guitar magazine wrote, Smither sings about “the big things – life, love, loss – in a penetrating and poetic yet unpretentious way.” 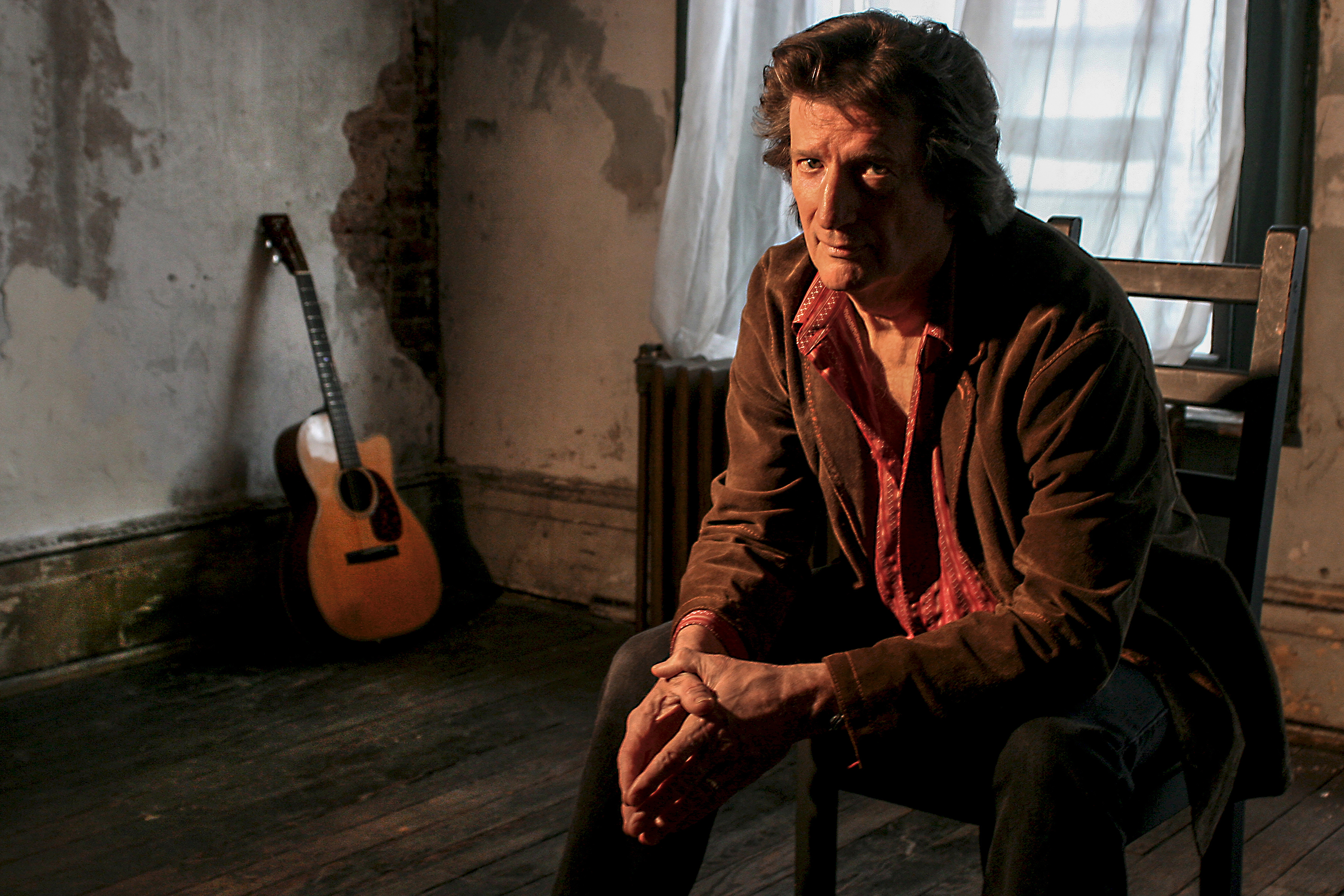