Michael is selfish. And apathetic. And so are you. Join this fast-rising star as he tries to figure out what matters, and what's just noise, in his highly anticipated debut show. A fresh new voice known for delivering sharp, slick and beautifully executed stand-up, Odewale is set to take the comedy world by storm.

Michael Odewale has just returned from a sell out run at the Edinburgh Festival Fringe 2019 with his debut show #BLACKBEARSMATTER. In February 2019 this show won the Leicester Comedy Festival's Best New Show award and at the Edinburgh Fringe Michael was one of eight brilliant comedians nominated for Dave's Best Newcomer Award 2019.

As seen on Stand Up Central for Comedy Central. As heard on BBC Radio 4.

TIME OUT - Best Show of the Fringe. 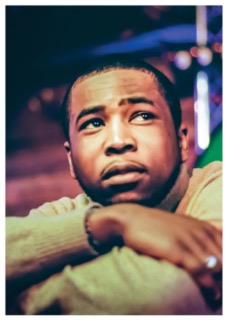