‘Chilled Milk’ is a ten-track album full of the bands signature melodies and rhythmic pizazz. The album is made up of nine self-penned tunes and a raucous cover of Jason Derulo’s 'Talk Dirty' by the New Orleans inspired outfit.

In late 2012 the group of students were drawn together by their classical background and desire to experiment musically. Since then their trajectory has been constantly on the rise, from the success of their critically acclaimed debut EP BBB, a sold-out nationwide tour alongside collaborations and live performances with Irish music heavyweights including The Frames, Lisa Hannigan, Jape and James Vincent McMorrow.

The band laid the basis of the album in true Booka Brass style through jamming through ideas in an improvised setting. The album has drawn influence from jazz greats like Miles Davis and Art Blakey, to hip-hop icons Dr. Dre and Kendrick Lamar.

The albums sound is a fusion of Booka Brass’s classical mastery of their instruments combined with their understanding and passion for jazz sensibilities. From melody based tracks like Make That Do Noise, Astrocyte to groove based tracks like title track Chilled Milk and Trip The Switch the album is filled with contrasting styles.

‘Their unique take pop music is both infectious and innovative and we’re chuffed that their debut album is coming out in September’ - JOE.ie

"Massive Attack may have been the big draw of Sunday night and they didn't disappoint ….. however little did anyone know but the performance of the whole weekend was taking place on the festival's smallest stage, the Speakeasy Dirty Old Town. Booka Brass Band, Ireland's only New Orleans style eight-piece brass band are undoubtedly a “have to see it to believe it” type of act. A range of high energy self-penned tunes combined with quite incredible covers of Jason Derulo's Talk Dirty and Beyonce's Crazy In Love have those in attendance screaming for more as they leave the stage. Alas, stagehands said there was to be no more and so after much protesting, Booka Brass took the crowd out into the fields and continued playing into the night. It was a moment which summed up Longitude in one foul swoop." – In Dublin Magazine 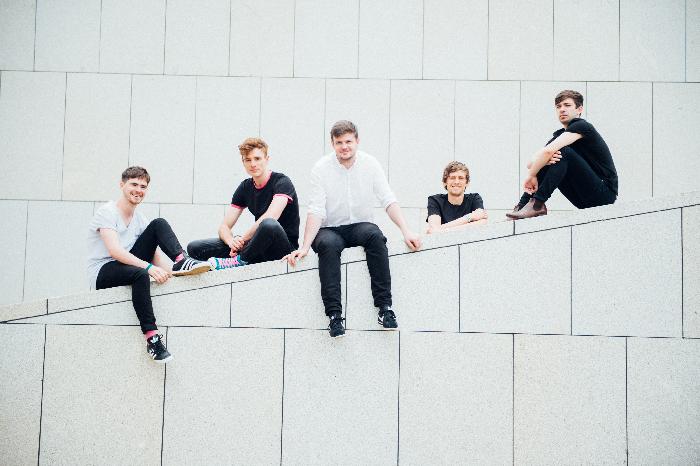