Anna Mitchell’s reveals the release of her self titled second album in Ireland in January 2018.

The album was recorded independently in Cork, Ireland under the watchful eye of engineer and co producer Brendan Fennessy (O Emperor) along with a band of well known Irish musicians including drummer Davie Ryan (Jack O’ Rourke, Notify), Brian Hassett on bass (John Blek & The Rats, Mick Flannery) and Alan Comerford on guitar (O Emperor, Mick Flannery). The initial blustery rock ‘n’ roll impact only adds to the albums spectrum with the seasoned band capable of swooning and swaying throughout dreamlike soundscapes and hypnotic grooves.

“If David Lynch were to reset Blue Velvet in the wilds of West Cork, then Anna Mitchell’s evocative, dark songs of life and love’s painful kiss would sit well on the soundtrack.” — The Irish Times

“Anna Mitchell burrows to the marrow on ‘Down to the Bone,’ . The Irish singer-songwriter-keyboardist with the Appalachian soul polishes these dusky jewels with a spacious, searching piano and a voice that’s earthy, ethereal and full of resonant hollows. Guided by an emotional compass, she roams haunted rooms with stained-glass windows” — ‘Wise Lullabies for Brave Adults’ Mauch Chunk (U.S.A.)

“Anna and her boys did not let the audience out from under her spell due to the punchy, rocking / bluesy sound of the ensemble and Anna’s powerful-voluminous vocals, you could otherwise hear the proverbial pin drop – so attentively hung the fans on the lips of the artist. They present their material – at the highest level of craftsmanship – with such Intensity and dedication that makes you as a listener formally part of the song.” — Gaesteliste.de (Germany)

“Anna Mitchell debuts beautifully on her album, her soft singing is like being kissed better” — Blast FM. (U.K) 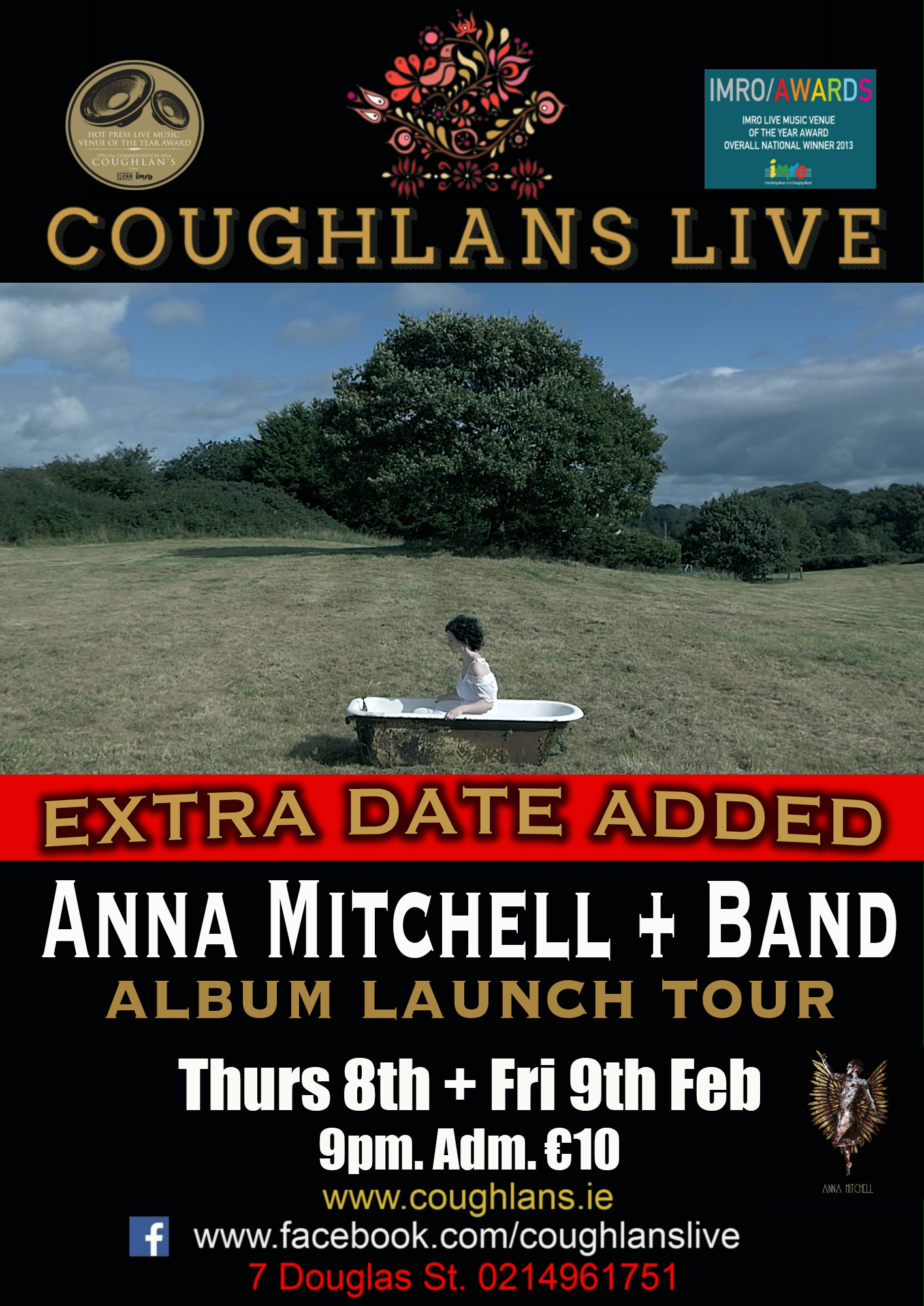