Dublin musician Ailbhe Reddy is a singer-songwriter whose deeply personal heart-on-her-sleeve lyrics and a memorable voice lingers with you long after your first taste (Record of the Day, UK). She first began to attract attention when a homemade demo of her song ‘Cover Me’ was used in a Today FM radio advert in 2014. Later that year her first single, ‘Flesh & Blood’ garnered excellent reviews from Irish blogs, and was featured as Song of the day on the UK blog Folk Radio UK. Reddy has gone on to feature on every major Irish festival line up, such as Electric Picnic, Body & Soul, Other Voices, Hard Working Class Heroes, Knockanstockan and Spirit of Folk.

So far in 2016 Reddy has independently released a hugely successful EP ‘Hollowed Out Sea’, which was produced by Darragh Nolan (Sacred Animals). The first single, ‘Distrust’ was released in early 2016 and received glowing reviews as well as leading to Ailbhe being named as Artist of the Week in The Irish Times. It was also featured as Record of the Day in the UK later that year.

‘Hollowed Out Sea’ has received excellent reviews and extensive radio play on TXFM, Today FM, 98FM and Dublin City FM. It has also been hugely successful on Spotify where it has been listened to over half a million times since its release in June. In December she was selected as the Other Rooms Viewer’s Choice for Other Voices season 15.

Maria Kelly, recently named one of ’50 people to watch in 2017’ in The Irish Times, has been captivating audiences with her ‘bare-boned’ live performance since the age of fourteen. Her music, a subtle blend of atmospheric-folk, tells humanising and heart-breaking tales, with ‘pin-drop’ vocal precision that’s impossible to ignore.

Following the release of her debut single ‘Before It Has Begun’ (Veta Records) in 2015, Maria has played relentlessly across the UK and Ireland. Most recently, she has returned from an Irish & UK tour, supporting Berlin-based indie band, HAWK. Previously, she appeared on the 2015 Other Voices music trail and was named ‘Artist of the Week’ by Nialler9.

Following that, her song ‘Black and Blue’ premiered in Consequence of Sound last summer, who celebrated her ‘silky smooth vocals’ and the maturing richness of her sound.

Her latest single ‘Stitches’ has been praised by the 405 (‘honest fragility, poignant pen-work’) and named as one of ‘The Best Tracks of 2016’ in The Irish Times.

Previously, she has supported the likes of James Vincent McMorrow and Wyvern Lingo and played venues such as Cork Opera House, Birthdays, The Lock Tavern, Whelans, The Ruby Sessions, The Button Factory, Cyprus Avenue, The Roisin Dubh, and The Workmans Club.

Maria is working in the studio on new tracks for her debut EP and developing her live sound with her band in preparation for a busy 2017.

"..rich rubs of gentle sound and melancholic observations sung in a voice that is a silky, splendid thing."

Named 'New Artist of The Week' by Nialler9 in The Irish Times.

"Her performance is heartbreakingly unassuming, yet holds everyone spellbound with a voice that could knock you sideways and songwriting chops that bring to mind artists like Julia Stone and Lisa Hannigan. One to watch for sure..."

"A brilliant blend of subtle production and bare-boned performance, Maria Kelly has quickly established herself as a songwriter who deserves closer attention."

"There’s a real talent here and an ability to spin a great tale interwoven with the kind of melody that seems to trip off the tongue.." 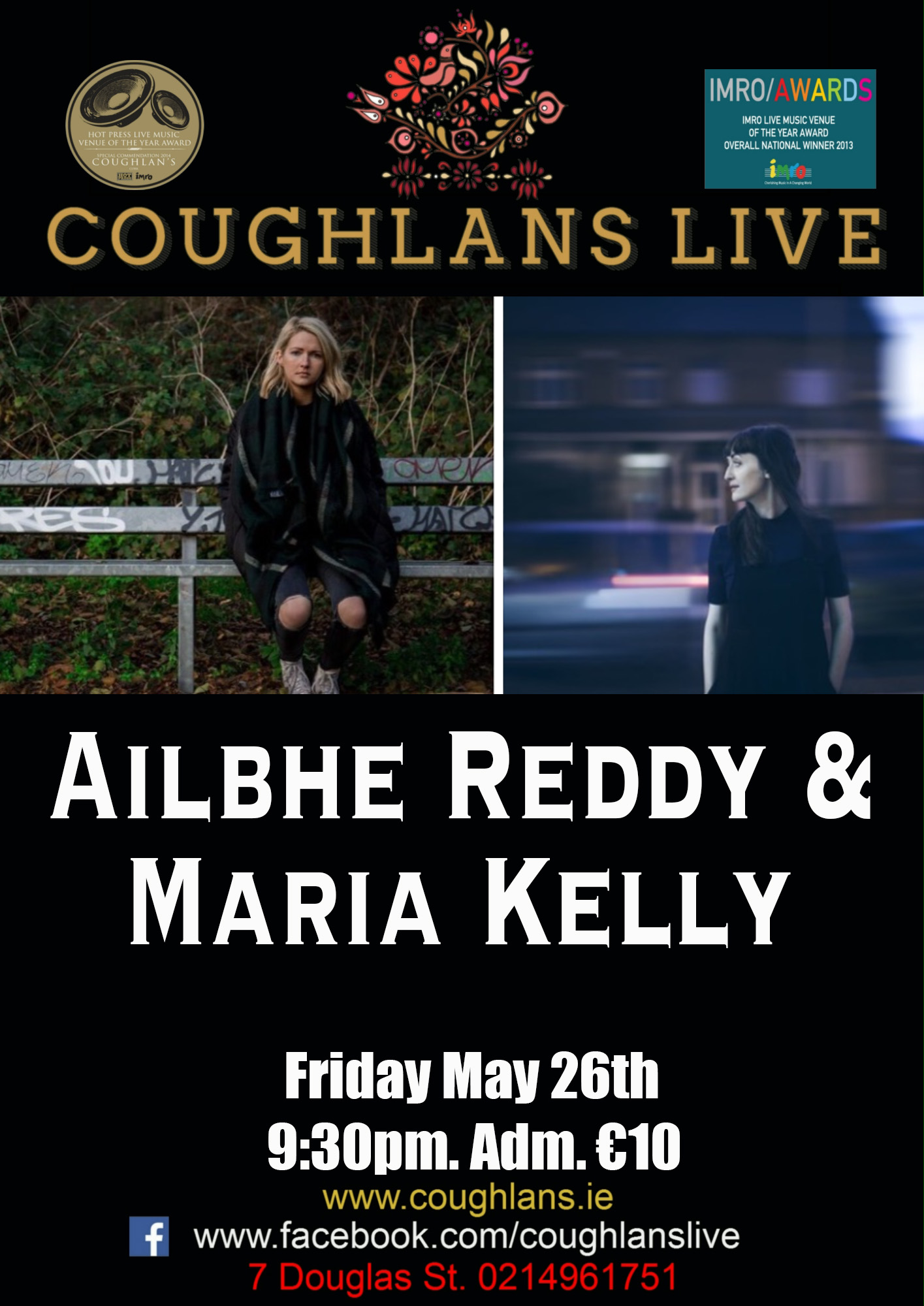